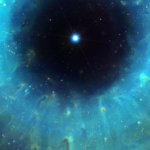 The old, traditional ruler of aquarius is Saturn. Saturn has everything to do with tradition, control, rules, foundations, limitation and construction. Saturn is Father Time – father of Zeus, Neptune and more.

The modern ruler of Aquarius is Uranus. Uranus is individual, rebellious, future-oriented, eccentric, changeable, electric, sudden and quirky. Mythology tells us that Uranus was birthed by Gaia and became her consort. Saturn was their son. In some stories, Uranus is referred to as Father Sky, while Gaia is Earth. At the time of Saturn’s birth, Gaia complained that Uranus was aloof, critical and unfeeling. The story goes that Saturn castrated his father. The tossing of the phallus into the sea resulted in the birth of the beautiful Venus and many other wild and abstract myths did abound. Uranus’ end was obscure until 1781 when he was discovered, ending saturn’s reign as last visible planet in the solar system. Revolutions broke out all over the world at that time, ending a period of monarchial control.

The sign aquarius can be interpreted as humanitarian, community, technology, inventions, the internet.

In astrological interpretation, the number 11, aquarius and Uranus can represent long-term memory and in the chart can sometimes hold stories and information about past life trauma. Historically, as a collective consciousness we have stored in our psyche traumas like shell shock, famine, disease, war and disaster. The past lives on in our cells. There exists an archetypal conflict between Saturn and Uranus. We can innately sense the consequences of pursuing individuation, rebellion and thinking for ourselves – we will be punished.

Saturn and Jupiter (Zeus) have now begun their journey through the sign of Aquarius. Pallas Athena, daughter of Zeus has led the way. She is warrioress, sculptress and healer, goddess of wisdom and justice. She holds the knowledge of Natural Law and her Achilles heel is fear of success. Here she stands with father time i.e.saturn, and her birth father Jupiter in the realm of Uranus, ready to create new forms and ideas on the level of grass roots for the benefit of humanity. She is the capable strategist holding multi-dimensional court on new turf in the changing cosmos.

Mercury will spend 2 ½ months in aquarius, bringing information, communication, ideas and news to the council that gathers in the sign of aquarius. In February, Venus will join the ranks. Her energy is fair and loving. Her gift is abundance. When she enters on February 1st, there will be a total of 6 celestial greats at the aquarian table – all challenged by mars in Taurus.

The fire of mars in this situation is that of a soldier surrounded by women and children in a garden. Uranus himself stands with mars, and I believe this is the true face-off. Remember Uranus is collective conscious, future ideas, change and taking risks. Even though he passes through the Taurean garden with mars, he doesn’t have skin in the game. He’s all about awakening to something completely different. Back at home he has 6 house guests holding council. I think he will say “hey, mars, fellas of earth, warriors of the living soil, let’s take it up a notch”. What will this mean? Star Trek? Crypto? OH yes, and community gardens and online healing circles, telepathy,  free energy and so much more, yet unimagined.

Like a new babe, the features and contours of the new age to come are yet to be developed. It will be 3-4 years before Pluto the wrecking ball finishes up in Capricorn (the establishment) and joins the fray in aquarius. We are moving out of the Cardinal Cross, i.e. Aries/Cancer/Libra/Capricorn and focusing on the fixed, i.e. Taurus, Leo, Scorpio, Aquarius – the doers. Let’s talk security, creativity, passion and innovation. At the same time, after 200 years of meeting in earth, the planets Jupiter and Saturn come together in an air sign, beginning a new 200-year cycle on the mental plane of interconnectedness. It is up to each of us to maintain a high frequency and learn to work in this medium, where manifestation is only a thought away.

← Astrology Forecast from Linda LakeWe’ve Got You Covered with Covid →